The Norfolk Association of Architects was formed in 1921 and is the Norfolk branch of the RIBA and supports their vision. The NAA champions local architecture through talks, seminars, building visits, networking and other events; raises the quality of design and construction through collaboration, knowledge-sharing and peer review, and provides sign-posting and a starting point for those looking to engage with local architects.

The Norfolk Association of Architects’ Awards
The NAA awards have been an annual event over many decades that recognised the contribution of Norfolk architects and builders, large and small, from extensions, to refurbishments, large scale housing developments, schools and conservation led projects.

For many years the awards were known as The Craftsmanship Awards and were jointly organised with the NAJCC and the National Federation of Builders (NFB) with the focus of the awards on the contribution of craftsmanship on the realised design.

In recent years the awards evolved to include design as a central tenet of the awards, acknowledging the direct relationship between intention (design) and implementation (craftsmanship).

The awards are a celebration of projects throughout Norfolk, which positively affect the built environment. They are also a means for builders, architects, and communities to be recognised in a wider setting.

The awards aim to have a long lasting and positive impact on the region through recognition of best practice and exemplary schemes that shape future development for the benefit of all.

The Norwich Society was first formed in 1923 and its mission is caring for this city’s beauty and history: The Norwich Society acts as a passionate custodian and champion of the built environment and public spaces within the City boundaries.

Over the years, the Society has worked hard to recognise and stimulate interest in the built environment and the design awards have played a key role in this important feature of city life.

The Norwich Society Awards History
The biennial design awards commenced in 2003, with the intention that the Society should take the initiative to encourage and highlight the best of contemporary architecture and the built environment within the City boundary. The aim of the Society was to generate interest, promote critical assessment and publicise the variety of buildings that make up the city scene.

The judging criteria for the nominated projects have remained the same throughout the years. Judges look for originality of design and how well a project fits into its context and how it enhances its local environment, often a sensitive historic setting. Building scale, innovative use of materials, quality of workmanship and environmental impact are also key considerations. For buildings to be relevant to their community, they must be adaptable for present and future requirements.

The first award in 2003 was given to the reconfiguration of Loose’s Cookshop in Orford Place. From that year until 2017 the Design Awards continued biennially, becoming bigger and more prestigious events.

Civic Voice is the national charity for the civic movement. It works to make places more attractive, enjoyable, and distinctive. It promotes civic pride. Civic Voice speaks up for civic societies and local communities across England and leads the national movement for quality of place, with people at its heart.

Since its launch in April 2010, Civic Voice has been joined by over 250 civic societies with 75,000 members, all volunteers who care about where they live. Civic Voice wants to build stronger, more active, and more engaged communities through its work and aspires to have a nation of active citizens.

Civic Voice Awards
Civic Voice invites communities across England to nominate examples of well-designed new build, housing, heritage, and public realm projects in their area. Set up in 2015 as ‘the people’s choice for architecture and the built environment’, the Civic Voice Design Awards celebrate schemes that are nominated by the people who live alongside, use, and are affected by these projects, and who have a real understanding of their impact on their local area.

The Civic Voice Design Awards will be returning in 2021. 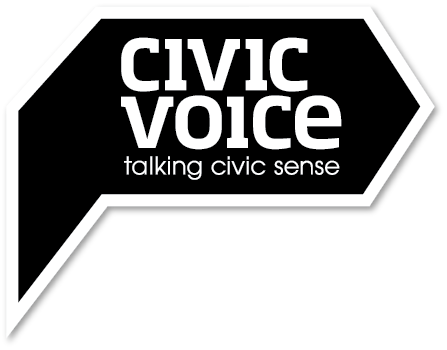